Here it is. It’s not working yet, but the look is what I was going for, so I’ll call it on the road to victory.

For those of you who haven’t been following along, this is a key prop for my new play Radio Mara Mara. In a nearly abandoned radio station, the Archivist is transferring decades worth of reel to reel archives to digital in an effort to preserve the history of her country, Leunsa. 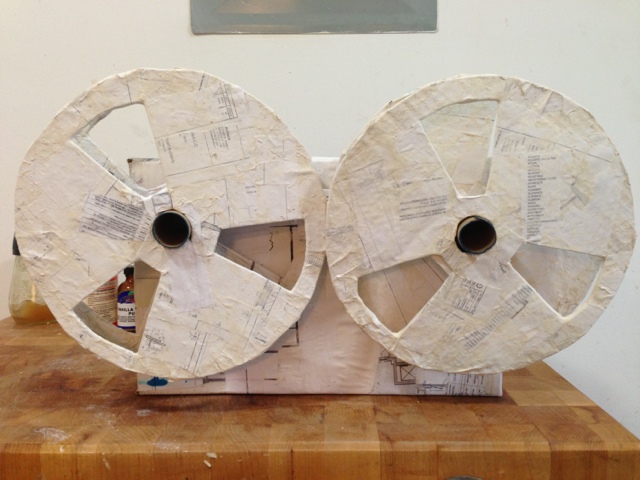