I woke up at 4:45 last night, wide awake and suddenly unable to sleep.

I’d recently signed up for a writing workshop with Eduardo Machado. It’s starting in April, and I’ve been looking forward to it. Eduardo is someone I’ve studied with before. I met him in a Pataphysics workshop at The Flea Theater in 2003. Larry Kunofsky was there, Kyoung Park, Annemarie Healy, and if I had the sign-in sheet (there wasn’t a sign in sheet), I could list off more accomplished playwrights who were in this workshop. I remember so clearly bringing in some pages from a play I was working on. I brought in 10 or 15 pages, and after they were read aloud, Eduardo said I should cut everything except for one line on the first page. I didn’t have the sense to be embarrassed, but I was angry.

Dave was out of town that weekend so I called my friend Rachel and made her come out and get drunk with me, whereupon I proclaimed Eduardo to be an outright fool who had no idea of good writing, blah blah blah. Rachel laughed at me. She’d heard me tirade before. She said: Quit the class. I said: No.

Because the worst part of the whole thing was that he was right. He was right that I should cut 15 pages except for one line. So that’s what I did. I cut everything. I started from that one line. I wrote a much better 15 pages, and went on to write a much better play.

Years later I heard the story from Eduardo’s perspective. Upon arriving home that night, Eduardo had told his boyfriend Michael “there’s a very talented girl in my class but I don’t think she’s coming back.” I went back, because that’s what I do. I knew he was onto something, and I wanted to find out what it was. Eduardo and I had hit it off.

I talked to him after class and on smoke breaks, and he asked me “what are you going to do now?” I said: “Eduardo, I don’t know, what should I do?” He said I should come study with him at Columbia, so that’s what I did. He got me a bunch of grants and fellowships and money, so while I studied I didn’t have to worry about tuition, I just had to worry about living expenses. I did alot of writing. I learned alot from Eduardo, and my fellow classmates. Eduardo knows how to find talent, and again this class roster was an assemblage of fine writers: Daria Polatin, Jon Kern, Rehana Mirza, Alex Beech, Julian Pozzi, Jeremy Basescu, Christine Chambers, Reuben Jackson.

I loved studying with Eduardo. So when the opportunity to take a workshop with him this spring came up, I wanted very badly to take it. I’ve got a bunch of projects I’m working on, and a workshop with a master would really hit the spot. I worked it out, I signed up, I put it in my iphone calendar.

Then something else happened. The Library near my apartment started offering Ready Set Kindergarden for children ages 3-5 on Saturday mornings from 11 am-12 pm.

The workshop is on 52nd Street at 12. There’s no way I can do Ready Set Kindergarden and Eduardo’s workshop.

The workshop doesn’t start for a few weeks, and I’ve taken my son to Library a few times so far. He really likes it. There’s loads of other kids, and since he’s not in day care it’s a good chance for him to socialize. There’s songs, and he loves to sing. There’s stories, and he likes to lay on the floor and listen. There’s crafts, and yesterday we decorated a cardboard guitar. The whole lesson was about songs and rhymes, and it was a very coordinated learning experience. Before we left we borrowed Harold and the Purple Crayon and Sendak’s Alligator’s All Around, which was turned into a song by Carole King, which I’ve been singing to my son since birth. When we got home, he wanted to read Harold during lunch instead of play with the ipad. Then he wanted to read more stories and snuggle. After he napped (he never naps!) he wanted to paint, and make cookies, and lick the beaters.

At 4:45 am I remembered something my father said when he was about to pursue his third master’s degree, and my brother was embarking on his first years of photography school. My dad said: it’s Nick’s turn.

What I would say is that to be an effective parent sacrifices must be made. I would say you can’t have it all. I would say that having it all, in fact, is not even a thing. Sometimes I will take a workshop and Charlie will do a thing on his own, or with someone else. But this time, Charlie’s education comes first, and the lovely day of reading and projects will come first.

Next time I wake up at 4:45 am it will not be in dread of irrevocable decisions, but to write for three hours before anyone else is awake.

This time I’ll be my own master, and do a workshop on my own.

(If you’re interested in the workshop, there’s now a free space. Email Megan at megansmith22 at gmail.) 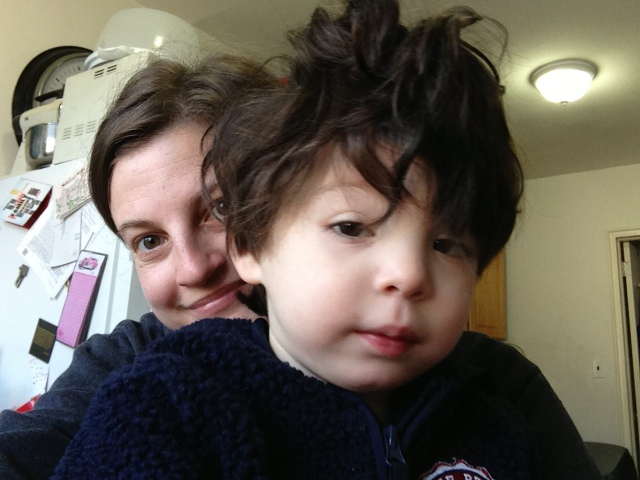 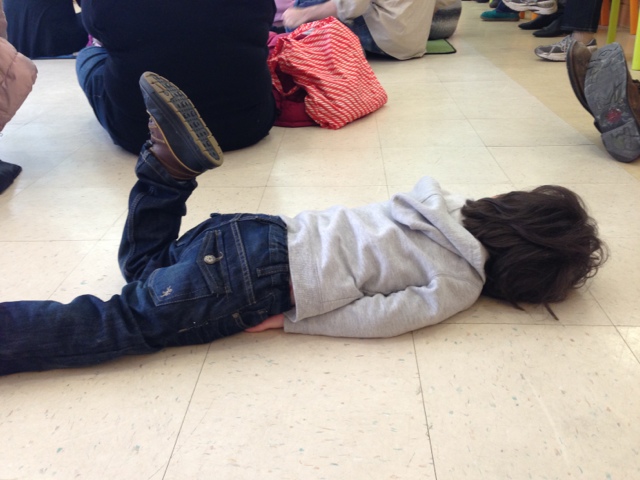